"The most certain way to succeed is always to try just one more time."
— Thomas Edison

Patrick Garner knows all about invention...and reinvention. And that's not just because you might most readily see Patrick appearing as the character Thomas Edison as part of his supplemental education curriculum business. No, Patrick himself has been a constant innovator and reinventor, as life's inevitable challenges have represented the necessity that begets invention time and time again. Throughout his career, Patrick has faced industry evolutions that practically obsoleted his business model, the effects and aftermath of 9/11, the financial collapse of 2008 that dramatically reduced school budgets...

And now, a global pandemic.

"Look at your problems from a different angle!"

And that's just what he did.

Patrick's brother, Tom Garner, is a Certified Volunteer Mentor with SCORE of Southeast Michigan, as well as facilitator of one of our local CEO Roundtables. He's also one of his brother's biggest fans and advocates. So when he learned of Patrick's latest challenge to his business, History's Alive, he knew just how to help. 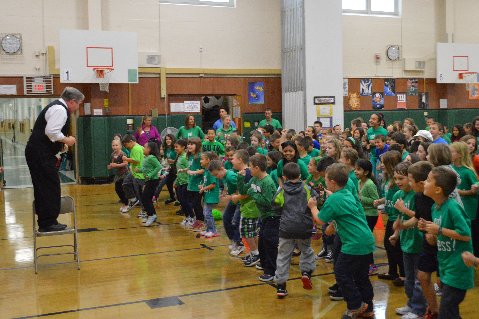 History Alive had traditionally provided "live theater" supplemental education curriculum to school districts looking to provide a more immersive learning environment for their students. With a background in theater, and later corporate theater, one of Patrick's first pivots was to target educators as clients. He went on to develop a deep catalogue of characters and curricula, from Thomas Edison (the first, and his favorite) to Ben Franklin, Lewis and Clark, Houdini, the Wright Brothers, Archimedes, Aesop...the list goes on and on.

But remote learning and the age of social distance threatened to obsolete his business model once again. Patrick's entire delivery model was visiting schools and classrooms, presenting skits in character, and interacting with students as a way of furthering their educational experience. It became so popular that Patrick would travel cross country to deliver his programs—something that COVID-19 made impossible.

But rather than give up, Patrick dug in. Tom Garner encouraged his brother to attend a few of the free workshops that SCORE of Southeast Michigan offers on a weekly basis. The rest, as they say, is history...and made history learning possible again!

The Latest in a Career Full of Pivots

Tom invited Patrick to look into our weekly schedule of workshops, and Patrick found a couple that caught his attention. He attended "SEO: Mastering Online Search" in July and, later, "How to Host a Virtual Event." That's when the light bulb illuminated. What if Patrick could take his business model virtual? A whole new product was borne, and once again, a career reinvented.

Much to Patrick's pleasant surprise, the virtual format, despite its limitations, opened new possibilities, such as the ability to "clone" himself using Zoom's virtual movie background capabilties. Open to new possibilities and new technology, Patrick has successfully pivoted, rather than accepting fate and succumbing to challenges. A true success story...and inspiration. 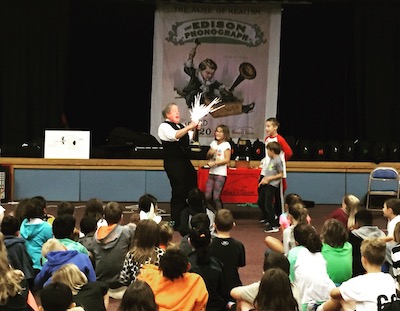 Patrick now reports that bookings are picking back up again, as school districts are now looking and hungry for virtually delivered content such as the programs offered through Patrick's History's Alive program.

Through perseverence, pivoting and a little help from SCORE, Patrick has proven not only that history is alive...but the future is as well! 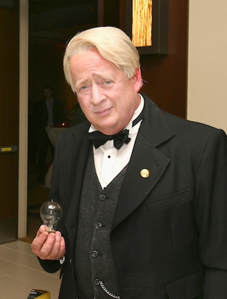 Be courageous. I have seen many depressions in business. Always America has emerged from these stronger and more prosperous. Be brave as your fathers before you. Have faith! Go forward!” —Thomas Edison

Patrick Garner's acting credits include appearances in "Gypsy" (with Bernadette Peters), "Forum" ( with Whoopi Goldberg), "Chapelle's Show," and "In & Out" (with Kevin Kline and Tom Selleck).